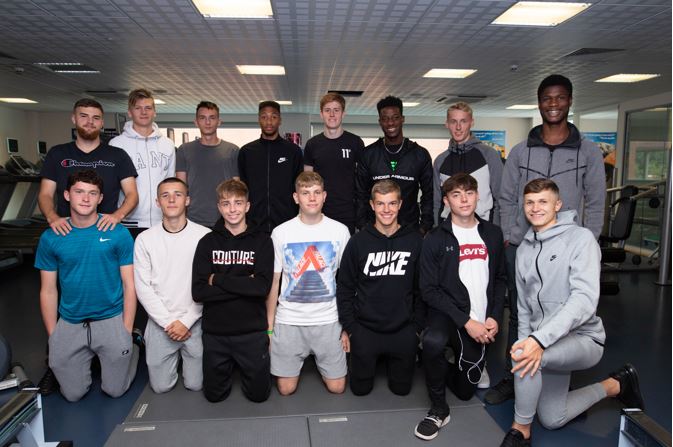 Bolton Wanderers recently fielded their youngest ever line-up with a team made up largely of youth players after the club faced a difficult and challenging period prior to their recent takeover.

16 of the players who featured in recent first team matches are successfully combining their Wanderers’ duties with classroom study at Bolton College.

These players have helped Wanderers’ fans to keep the faith during the recent administration process and subsequent sale to new owners, Football Ventures.

They have juggled their Wanderers’ appearances with classroom study at the College’s Deane Road Campus, where the academic elements of the programme are delivered on behalf of League Football Education.

Following the team’s impressive performance against Bradford City last Tuesday, where the team narrowly lost 4-3 on penalties, the Academy players were back at College for 9am the following morning, ready for a day of lessons.

The squad have consistently impressed Trotters fans and rival supporters with their spirit and determination on the pitch, putting in gutsy performances against players who in some cases, are almost twice their age.

The students, who are studying for a Level 3 BTEC in Sport, have also stepped into Bolton Wanderers’ history books; Finlay Hurford-Lockett became the youngest ever player in Wanderers’ history when he played against Coventry City in August, at the tender age of 16 years and found months.

Matt Alexander will go down in the annals of the town’s football history too. In the same game, he become the youngest ever goalkeeper, at just 17 years and three months old.

Matt, who made a great penalty save in his last game, is in the second year of his BTEC course at Bolton College. He said “Playing for Wanderers so early on in my career is class, it’s something I could only dream of. I never expected to be in this position, so I’m making the most of it!”

Bill Webster, Principal of Bolton College, said: “These young men are a real credit to Bolton Wanderers and to the College. Despite all the pressure they’ve faced, they’d behaved like true professionals. I couldn’t be prouder.”

Chair of Bolton Wanderers, Sharon Brittan, added: “Our young players are the future of our fantastic club and we are thrilled that the partnership we have with Bolton College allows them to continue with their education.”

Phil Mason, Head of the Community Trust said: “We are delighted to be working with Bolton College and encouraging students through different offers at the College to be the best they can be and realise their potential”.