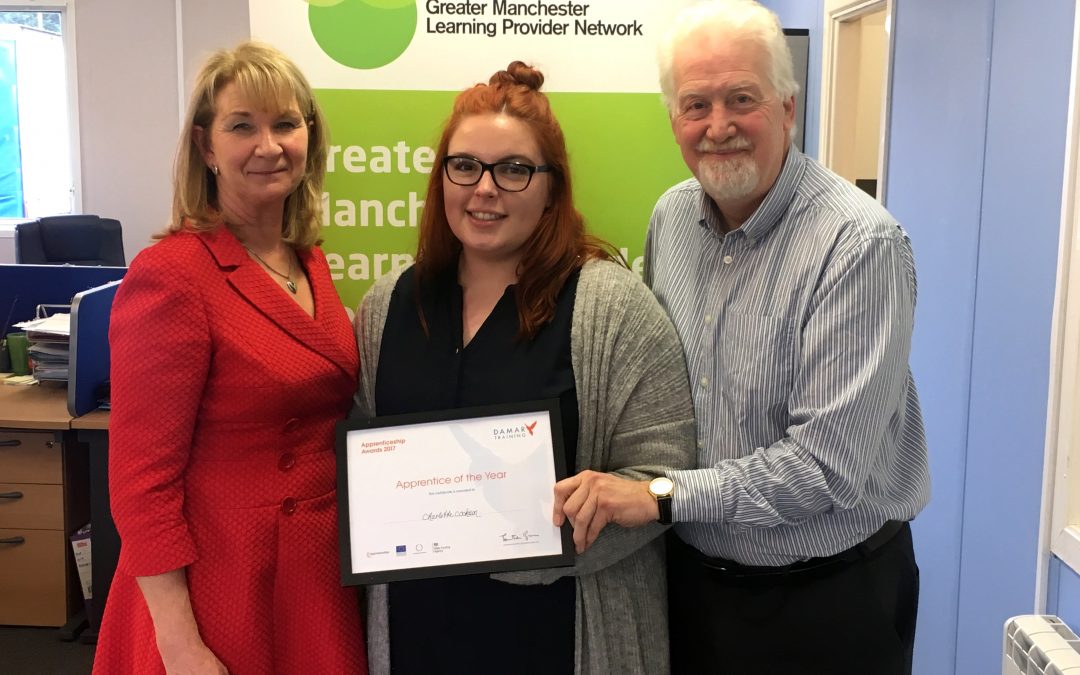 We are delighted to announce the results of Damar Training’s Annual Apprenticeship Awards 2017. Headquartered in Stockport, Damar is one of the country’s leading providers of apprenticeships and, over the past year, has worked with over 1,700 apprentices at more than 350 employers nationwide.

The awards coincide with National Apprenticeship Week (6th to 10th March) and celebrate the achievements of Damar’s apprentices, employers and apprentice supervisors.

The winners of Damar’s 2017 apprenticeship awards are:

Employer of the Year – Forbes Solicitors

The Mark Aspinall Award (awarded to an apprentice who has overcome challenges) – Daniel Horsfield, Tonetech

“The standard of this year’s nominations was exceptionally high. The increasing profile of apprenticeships and, in particular, the growing levels of interest and commitment from employers is making a real difference to the quality and diversity of apprenticeship programmes. Reading the nominations, I was hugely impressed by the dedication of our students and the positive impact that apprentices, often in their first jobs, are making to business. I would also like to pay tribute to the supervisors and mentors within our partner employers who play such a vital role in the success of apprenticeship programmes and individual apprentices”.

“Our team at Keoghs has worked hard to create a great apprenticeship programme and we are delighted that this has been recognised. My thanks also go to the apprentices who, in a short time, have already made a massive impact on the business. Their performance has been strong and there is now wide recognition across the firm that apprentices are good for business. The success of our current apprentices has created a demand within our organisation for more apprentices which we will build upon throughout 2017”.

Bill Quinn, owner of Tonetech and Daniel Horsfield’s supervisor, was part of the judging panel this year and added:

“I am delighted to have been part of the judging panel this year. Of course, I did not score Dan’s nomination form and am proud of him for winning The Mark Aspinall Award this year. It was certainly a challenge differentiating between nominees as they were all a very high standard. I was left with a very positive feeling about all the amazing apprentices and supervisors out there and have even picked up a few tips on how to better organise Dan’s development too!”